Someone shared this with me recently. Thought you might enjoy.

"The bird hunter watches only the dog, and always knows where the dog is, whether or not visible at the moment. The dog's nose is the bird hunter's eye. Many hunters who carry a shotgun in season have never learned to watchthe dog, or to interpret his reactions to scent"
-- Aldo Leopold, Round River

Because Blogger's photo hosting function appears to be all out of whack this week, Vassili (with a little help from his friend, Frank Zappai) posted his deer butchering photos on Flickr.

Once you're there you can click on each photo for narrative description of what you are seeing. Path Walker will take special delight in the closeups of the dedicated deer carcass refrigerator.

dedicated deer carcass refrigerator
in the "open" position
Posted by Jim Tantillo at 9:10 AM No comments:

For the love of God, spay and neuter your pets

As per Winchkins's instructions, I googled the excessively large testicled "Tanuki" and got culturally edified. Good for me.

What I don't understand is how a big-balled raccoon dog is such a cultural icon. And why the heck don't they simply snip snip the ferret's jewels rather than make him drag his rocks around on the ground? That seems like animal cruelty to me. And take it from me, hunters are against animal cruelty. Think one shot kill.

So . . . in the spirit of "this is this," I think we should declare July 25 National Trim Your Raccoon Dogge's Testicles Off Day. Your raccoon dog will thank you for it later.
Posted by Jim Tantillo at 10:59 PM No comments:

here's one for Cagey

sorry, I just couldn't take looking at that cross-dressing ferret of Josh's any longer. Hey Josh, whassup with that rat in drag, anyway? something you want to get off your chest, pal?
Posted by Jim Tantillo at 12:23 PM 3 comments: 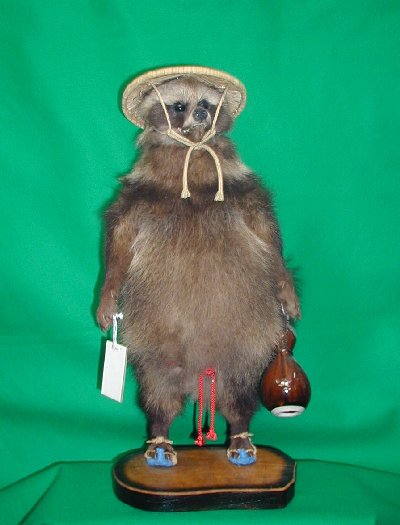 Well, it finally happened. The kids are asking about getting a dog. I have mixed feelings about it for reasons I won't go into, but I'm not dead-set against it or anything. So, I'd like to open this topic up for discussion ...

...based on the following requirements, which breed would you all recommend:

A Labba-dabba is an obvious choice, but wondered if other sporting breeds might offer a calmer house presence. Or is calmness in a Lab something I can look for in its lineage?

Well lads, the Russian sniper who saved Stalingrad is on the board with his first doe of the nuisance sniping season. You can read about it here. 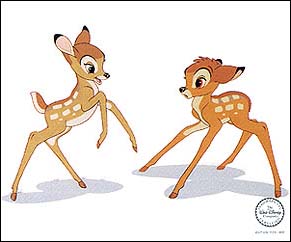 confessions of a deer sniper

Vassili has been at this deer sniping thing now for ten days, and in that time has had at least four quality opportunities to slay deer, three of which he has flubbed and one of which is where he decided not to kill Bambi's and Faline's mother. You can read the gory details here, you might find some of them mildly amusing. 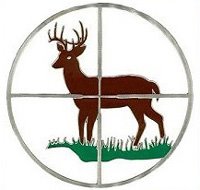 In addition, there have been one or two opportunities where that long range sniper rifle might have come in handy. Oh well. It's a long season.
Posted by Jim Tantillo at 8:29 AM 9 comments:

Here's a book recommendation for ya. 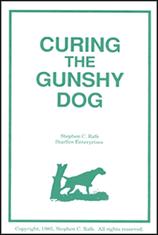 This is for science 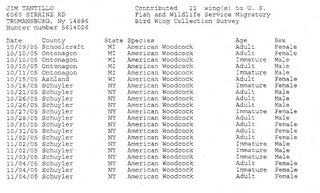 just the thing for camp

This posting is from the beerhaikudaily web site. You definitely have to check out the link to the German site.

No beer opener
and the good stuff waits inside.
What’s a guy to do?

References: Here is a website that is compiling a list of 1000 ways to open a beer without a bottle opener. As of this morning they are up to 994. In the upper left there is a link that will allow you to translate the site from German to English, however, the detailed photography makes this translation unnecessary.
Technorati Tags: beer, haiku, bottle opener

Posted by Jim Tantillo at 1:22 PM No comments:

My workplace, the "pathetic outpost of the indifference and anglocentrism"

" (the Department of Interior is) a dinosaur -- the morally and culturally oblivious hand-me-down of a disgracefully racist and imperialist government that should have been buried a century ago, the pathetic outpost of the indifference and anglocentrism we thought we had left behind."

On the other hand, we do have a nice snack bar. So, we got that going for us.

Ahh, the joys of old-boy networking (I was desparate for a story, PW desperate for fame)...

...from the most recent edition of Fish and Wildlife News (page 11 of this PDF):

Andy Weik is a wildlife biologist for the Moosehorn National Wildlife Refuge, located in Maine along the New Brunswick border. Weik recently joined the Service from the Maine Department of Inland Fisheries and Wildlife, where he worked on a range of wildlife issues, from endangered species to migratory and upland game bird management. His wife—also a wildlife biologist studying habitat selection of lynx and Newfoundland marten—and young son Nolan joined Weik in his recent move from the metropolis of Bangor to the wilds of the Moosehorn region.

Fish & Wildlife News recently caught up with Weik to get his take on becoming a Service employee, and how well he’s been able to integrate his family with his new refuge family.

This could be fun...

Most of you collect wings for USFWS projects, especially woodcock. Lets all scan and post our results to have a gander at. I am especially interested in Bill's sheet, since it had a snipe on it, as I recall. And of course, Jim's and Andy's should be about a mile long.

I will post mine here to get us started. Yeah, yeah, I know its small. Keep the lewd jokes to a minimum Tantillo. :)

caveat...this is not a competition, but rather a scientific sharing of information among cordial colleagues. (as if...)

Okay, here's where I'm at now. After a week's worth of good hard advice from all of you, I made the jaunt to Bass Pro and was lucky enough to get the salesman who probably knows the most about guns there. Dave is a 68 year old gunsmith with his own shop, who spent more than 25 years doing factory certified warranty repairs for Remington, Weatherby, and other major gun makers.

After gabbing with him for over an hour, he convinced me to reconsider the Remington decision, even though he clearly favors Remington over Ruger, Savage, Winchester, and CZ if those are the only rifles under consideration. In his opinion Remington's quality control is not what it should be, and he believes that it is a 50/50 proposition of getting a great rifle or a great lemon. (Well, if not 50/50 then at least it's a bit of a crap shoot.)

So he thinks that accuracy-wise and materials-wise, the better choices in the "500 dollar bolt action rifle" class are (a) the Weatherby Vanguard, which in synthetic stock with blued barrels is about $440, and (b) the Tikka T3 Lite, which similarly configured would be about $550.

Weatherby Vanguard
Okay, so that's now part of the mix. The Weatherby is a Japanese-made gun (we know THOSE are good shooters) and weighs about 7.5 pounds. The more expensive Tikka is a Finland-made Sako gun marketed by Beretta that weighs 6.25 pounds. In Dave's estimation, the Tikka is a somewhat better made gun, but both should perform similarly. Each comes with a warranty guarantee of 1" groups at 100 yards, right out of the box. He thinks they are the best shooting value in that price range today.

Tikka T3 Lite
Does anyone know more? Anyone want to chip in with more advice? (I know you're all tired of this thread by now, but honest--I'll make it up to you some day.) I guess the real question is should I go with "better" Tikka gun and lighter weight, for more money but also more recoil . . . or should I go with the similarly performing heavier gun and save $100 to put toward better optics? The Tikka comes with scope rings, so actually it would end up being maybe $50-$60 more than the Weatherby.

I think I've probably just answered my own question, but there it is, and I appreciate any more comments that any of you might care to make. 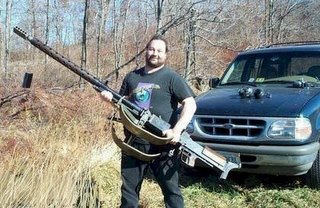 These Alabama, Arkansas, Georgia, Kentucky, Mississippi, West Virginia, Missouri, Oklahoma, Tennessee, and Texas boys will be dropped off into Iraq and have been given only the following facts about terrorists:

1. The season opened today.
2. There is no limit.
3. They taste just like chicken.
4. They don't like beer, pickups, country music or Jesus.
5. They are directly responsible for the death of Dale Earnhardt.

The Pentagon expects the problem in Iraq to be over by Friday.
Posted by KGT (aka Cagey) at 2:40 PM 5 comments: