Things are cookin' on Cold Duck...Mike has hit the bullseye. Almost.

Word on the street is that JT and Cabin Boy will soon be sharing an office in the DNR at Cornell. Talk about creating an unproductive environment. Those guys are going to be spending all their time BSing about hunting, guns, scotch, cigars, trophies, Orvis clothing and gear, etc., etc. etc. They'll be trying to one-up each other with a new haiku, and creating new stories for the Blog. I can't imagine what will happen when Vicers stops by.

So Andy, when are you and Angela moving to Ithaca? Josh? Most of the old Grouse Camp is there, might as well join them.
Posted by Safari Jim at 4:56 PM 7 comments:

Attn Safari Jim and Pete, and Lame Grousers Who Did Not Post Turkey Success (or failure) 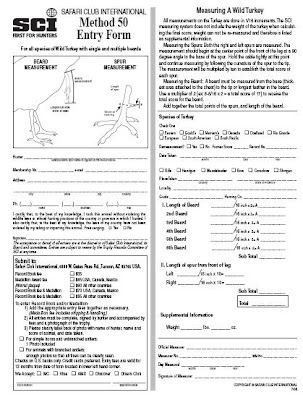 Somehow this just felt appropriate for the blog. Enjoy.

Yep, you got it. Tomorrow is Grateful Dead Day in Ithaca, NY--by mayoral proclamation. Check it out here.

The mayor's proclamation reads as follows:

Proclamation from the Mayor of the City of Ithaca

Whereas, the Grateful Dead have been recognized by many highly credible organizations, individuals and entities including the Rock & Roll Hall of Fame as significantly important and integral to the musical and social fabric of our contemporary culture, and whereas, on May 8th, 1977 the Grateful Dead performed in Barton Hall on the campus of Cornell University in the city of Ithaca New York, a concert that is widely acknowledged and regarded as a defining and transcendent occasion and example of the art of contemporary musical improvisation, collaboration, musicianship, and performance, and whereas, many tens of thousands of individuals who were not in attendance that night in Barton Hall, have become knowledgeable & familiar with the extraordinary nature of the performance on May 8th 1977 through the trading and sharing of recordings of the show, and whereas, the cultural identity and perceptions of Ithaca as a community, have been informed and bolstered by the widespread acknowledgement of the magic of May 8th, 1977, and whereas, it has been said many times by many people that, "there is nothing like a Grateful Dead concert."

Now therefore, be it resolved that as Mayor of the City of Ithaca, and in heartfelt recognition of the thirtieth anniversary of the May 8th 1977 concert performance, I declare May 8th 2007 as Grateful Dead Day in the City of Ithaca.

Sorry gang, tomorrow night's show at the State Theatre is sold out. Better luck next time.
Posted by Jim T at 8:39 PM No comments: 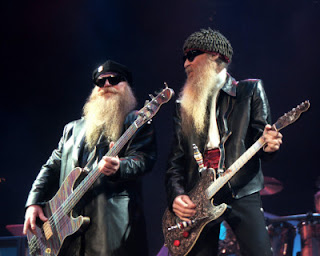 Ok, so there aren't four beards. Only two. But longer than yours...pushing 20" each.

And man, do they gobble.