I know most of you guys with two year old dogs aren't in the market for a new pup, but perhaps some of our intrepid readers may be interested. The dam is a litter mate of my Phoebe. Here's the info:

I’m responding to let you know that a breeding is planned for late Feb. with pups ready to go in late June. I have attached pics of my Daisy and her sire Bandit who I also own. She’s the one next to me but as you can see the two are carbon copies. I have also attached a pic of the sire I plan to use for the breeding, Ben, who is owned by a guy that works in the same office I do. Both have passed the Penn-Hip with flying colors and Daisy is registered with FDSB, Ben will be within a month. Ben is a great uncle of Daisy which I want so I can hopefully have access to this same bloodline in the future. I do not plan to keep a pup but the sire’s owner wants first pick.

I’m taking reservations now and asking $550 and $600 with $100 down to hold a pick. I’ll refund the $100 if you change your mind but it’s the only way to develop a priority list for those serious about it. There are a few others ahead of you but you would be pretty high on the list at this point. I don’t anticipate them lasting long since I recently heard that several other breeders in the L.P. including both Bandit’s and Ben’s breeders are not planning any spring litters.

I can send Daisy’s pedigree but I need to scan it in which I have not done yet. I have the pedigree of one of Ben’s littermates if you want it but his will not be available until he is registered. This bloodline has quite a mix including Bondue and some Llewellyn. The line was developed by a group of woodcock banders in Mich. who wanted close working, cautious dogs. That’s what you will get- these dogs don’t range much over 50 yds. in the thick stuff but will stretch it out on the Montana prairies when they can see the handler better. There is no field trial in this line. The offspring should run 40-55 lbs. and if they are like their parents they will be very personable. I want them to go to hunters only but they make great family dogs too. My two greet my whole family every morning and act like they haven’t seen us for a month the way they carry on.

Feel free to call me at work or home if you wish to talk more. Also let me know if you want the pedigrees and hip results. I also have more pictures- Ben made the cover of the MI hunting guide in ’08 with his owner and owner’s two daughters (bottom photo). 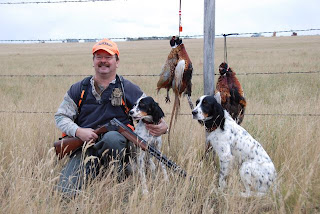 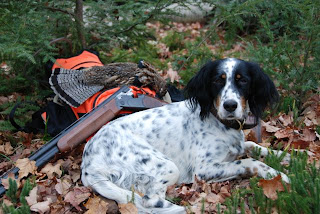 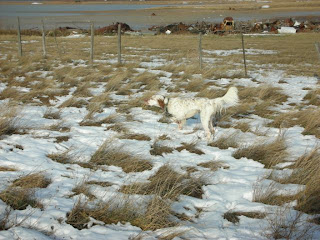 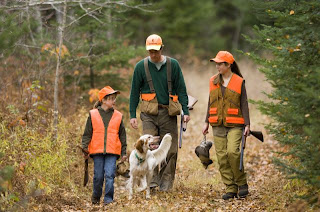 Daisy is owned by Jim Caron of the Michigan DNR, in Crystal Falls, Michigan (U.P.), and I can put anyone who's interested in touch with Jim. thanks everybody.
Jim
Posted by Jim Tantillo at 10:09 AM 2 comments: 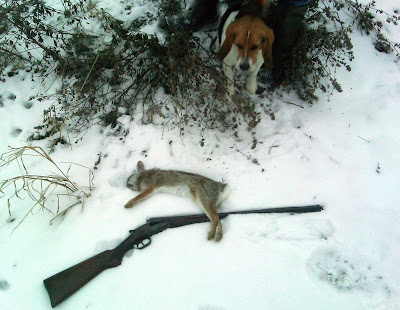 I've been exploring a bit lately, searching for coverts closer to the new farm. Yesterday felt like Christmas when my neighbor suggested I use his property as a gateway to the public land just over the ridge. Hunting right out the back door!
Drove across Half Moon Creek with high hopes and parked the car next to a dilapidated deer camp . Within five minutes dog and I were drawn to a copse of young white pine. She pointed, then relocated, muscles slowed by whatever hormone it is that paralyzes an excited pointing dog. Another solid point.
I stepped forward as the grouse broke from top of a pine, five yards high and 15 yards ahead. Up went the SKB. No snag of the gun butt on my clothing. No forgetting the safety (as I had the day before). Stock planted solidly to cheek. Smooth swing from left to right. All very deliberate.
The bird tumbled. Pure joy. I called back the excited dog. Lilly, here! She had not seen the bird fall and was well beyond, having followed its trajectory. Returning to me, she winded the grouse, picked it up and came straight over. Perfect. A beautiful cock bird with full ruff. 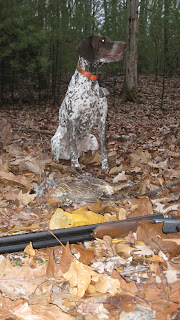 Canoga's Tiger Lilly, fit to explode with excitement, SKB and
Grouse
The remainder of the hunt yielded no more birds, but we found some very nice cover. All five minutes from my stoop. And access to 100s of acres of game commission and Penn State land. I plan to return soon, taking advantage of last night's snow. 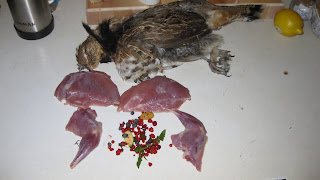 concealed in demarcation
quarrels over birds
in the goose fields 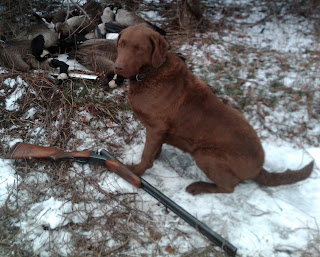 It is the New Year, and I am all for a bit of stock-taking and cleaning out the closet, some musing and reminiscing, and perhaps even some meddling. I note that multiple posts have gone up, been commented on, and have come down (perhaps they end up in a lock-box on YouTube- special handshake only, or on the Solo Grouser blog...). This has been noted by other Grousers as well. One Grouser was in the middle of watching the latest Ballet Boy-esque, mealy-mouth criticaster, greedy's greatest block-buster when it suddenly disappeared! But I saw it, and the highly ethical comments, and I am in a mood to bury a hatchet, one way or the other.
So this post is wordy. And long-winded. And there are no cartoons. My apologies in advance. I hope to dispense with a facile bully-pulpit and a large blind spot (for the non -gender confused wordsmiths, facile means: Appearing neat and comprehensive by ignoring the complexities of an issue; superficial),while at the same time, fixing something, or at least setting facts straight, once and for all.
The following is both a confession and a history lesson that apparently is needed.
The bottom line is, sometimes I feel guilty about the fact that I facilitated a reality where many of my out-of-town friends hunt my neighbor's properties, even when I am not with them. I worry that those neighbors accommodate this situation because they are, in fact, very generous and big-hearted people. I worry that such an arrangement is not fair, and that such unfairness may jeopardize important elements of interdependence in my community. I am sure those friends would say that I should not worry. That is why I count them as such good friends. And yet, I do worry.
My continued emphasis on reciprocity comes from an honest concern about fairness and interdependence. Before I came to Canoga-land, I counted some of the original "5 smart guys" my friends. Since I met them in 2001, they have become some of the best friends a guy could have. When I arrived in Canoga-land in 2002, I met some other great people through Mike O'Connor, who taught me as much about ducks as Ernie has taught me about geese (in truth, they tolerated me because they loved my dog Fiona--just ask them). 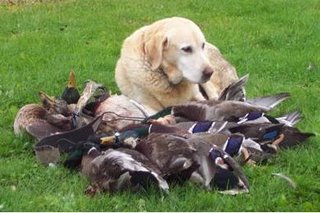 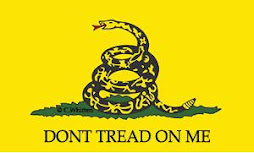