A little over 25 years ago, my father and I walked out of a Gemco in California with a brand new Ruger 10/22. My first rifle. Over the next couple years, my dad and I would go to the range together and enjoy shooting, and enjoy the talking about the shooting.
A couple weeks ago, I handed my first rifle to my son.
Posted by Anonymous at 8:40 AM 7 comments:

Mr. Winchell of the US gov't sent me the following link from from this week's NYTimes Magazine: http://ethicist.blogs.nytimes.com/2009/09/08/killing-wolves-for-fun/

The Interior Department has ruled that wolves have sufficiently increased in numbers in the Western continental United States to allow some wolf hunting there. The Idaho hunt began on September 1; Montana’s starts on the 15th. A case might be made for the right to hunt for food and to manage wildlife populations, but surely some of the more than 14,000 people who bought wolf-hunting licenses are interested in neither wolf sandwiches nor animal husbandry: they simply enjoy hunting. Is it morally acceptable to kill a wolf for the fun of it?

Unsurprisingly, I believe it is wrong to inflict pain and death unnecessarily on a creature capable of suffering. (Peter Singer more broadly examines the moral standing of animals here.) While this belief might not compel us to be vegetarians, it does demand significant changes in the way we raise animals for food, and it forbids wolf hunting as a form of entertainment. To be clear, I concede all putatively practical justifications for hunting and repudiate only the idea that hunting is a legitimate recreation. It is the person who claims as much who bears the burden of proof — a wolf need not make a case for its not being shot in Montana. I’m not persuaded that hunters have made their case.

Some declare that hunting is a cherished tradition in their region or for their family. But having done something in the past is insufficient to justify its repetition. It was traditional in my family to be roughed up each spring during pogrom season, a time-honored custom in our part of Russia, and one we gladly abandoned when my grandparents emigrated to America.

Some note that hunting is a challenging activity. No doubt. As is juggling flaming axes while blindfolded. And drunk. But not everything difficult is desirable. Or ethical. Pickpocketing, too, is tough.

There are people who find it fulfilling to cultivate shooting skills, learn to track, take a walk in the woods, maybe bring the kids and make it a bonding experience or bring a couple of buddies and make it a beer-drinking experience or just an opportunity to avoid spending time with the spouse. All of these might be amiable ways to beguile the time, but none need culminate with a killing. Inflicting death is not an acceptable leisure activity.

How to hold your breath for long periods of time

* A stopwatch
* A pencil
* A piece of paper for recording times
* A buddy, especially if you're underwater, or submerged
* A suitable body of water if you're going to hold your breath underwater

3. Quit smoking This will considerably increase your lungs' ability to release carbon dioxide and absorb oxygen.

4. Before holding your breath, inhale and exhale slowly from deep within your diaphragm. By doing this, you're ridding your lungs of low-quality air.[2] Spend 5 seconds breathing in and 5 seconds breathing out; do this for two minutes, and be sure that when you exhale, you push out every last "drop" of air.[3]

5. Take a massive gulp of air and hold it. Don't breathe in so much that you're about to pop; fill your lung capacity to 80-85% so that you still have room to relax.[4]

6. Splash cold water on your face. It's been observed that putting a person's face in contact with cold water triggers bradycardia, or the slowing of the heart rate, which is the first phase of the mammalian diving reflex.[5] You don't need to actually put your entire head underwater, though. You can splash some cold water on your face right before you hold your breath, or try using a cold, wet washcloth (don't use an ice pack, though; the same study suggests that the shock of something too cold triggers other reflexes). Just make sure it's cold enough (21 °C or 70 °F) and the rest of your body is in a relaxed position.

7. Relax every muscle in your body. Meditate so that you can lower your heart rate. Your body will consume less oxygen that way.[6] By closing your eyes, feeling, and focusing on slowing your heart beat, it is possible to lower your heart rate significantly and increase the time you are able to hold your breath for. Concentrate on something that's relaxing to you. When you can't concentrate anymore, distract yourself by doing something with your hands, like counting to 99 with your fingers.[7]

8. Exhale slowly. When you can't hold your breath anymore, try to avoid exhaling all the air in your lungs in a mad rush. First, exhale about 20% of your air, then inhale again so that oxygen gets to your most critical areas faster. Then you can exhale and inhale completely.

9. Repeat these steps 3-4 times per session. It is not recommended to do this any more, as it could damage your lungs and body. Try one session in the morning and one session at night if you wish. Keep practicing and before you know it, you will be able to hold your breath for several minutes.

How long can you hold your breath?

Posted by Jim Tantillo at 1:18 PM No comments:

While holding my breath... 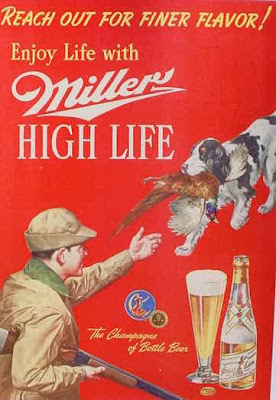